How has the apprenticeship levy impacted L&D?

Two years since the introduction of the apprenticeship levy, we look back on its impacts, especially upon the world of learning and development. 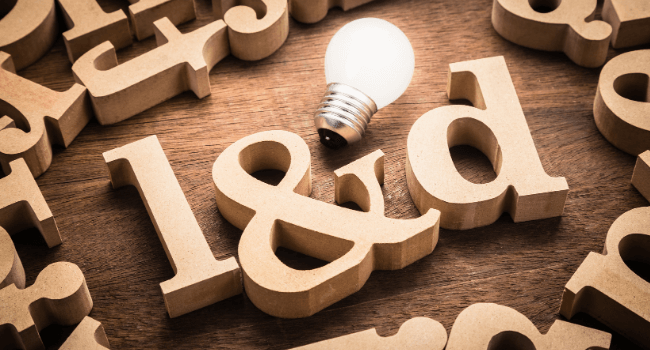 What is the apprenticeship levy?

The apprenticeship levy is a tax on organisations with a pay bill of more than £3 million per annum, which is reserved for the training of apprentices. It was introduced in April 2017 and has caused controversy within many companies’ senior management, especially amongst those with pay bills of just over £3 million, which means the level of tax taken does not cover the full apprenticeship training costs.

The success of the apprenticeship levy is well debated. Two years into its existence has seen a huge drop in apprenticeship numbers (though the latest report presented a 9.7% increase in apprenticeships compared to the same period in 2017/18). It’s been widely criticised as too stringent with many employers wishing to spend the money on training - not just apprenticeships - and debating the use of the term ‘apprenticeship’ which still holds connotations as the only option for young people who don’t want to go to university.

Nevertheless, many organisations have found apprenticeships incredibly useful to their L&D strategies, seeing it as an opportunity to offer their staff the training and development they need. They’ve embraced the apprenticeship levy as a tool to upskill, grow and ultimately retain their staff - no matter what age.

Why is L&D important when it comes to apprenticeships?

As such, apprenticeships are well within the realm of L&D. Apprenticeships are a method of attracting both new talent into your business and onto a programme in which they will learn all of the skills and knowledge needed for their role, as well as a way to upskill or reskill existing employees with these competencies.

Furthermore, with the apprenticeship levy, there is an added responsibility on L&D professionals to identify ways in which the organisation can utilise their levy and start reaping the benefits. Increasingly, there are now individuals within the L&D and HR teams that deal purely with apprenticeships, highlighting the growing focus within organisations on this issue.

How has the apprenticeship levy challenged the L&D department?

It’s no secret that most organisations have struggled with the introduction of the apprenticeship levy, not least when it comes to understanding all the rules and new systems to get your head around. Setting up digital accounts, working out how much your levy is and how you access it once HMRC claim it, are just the beginning.

But alongside the unavoidable bureaucracy, challenges have also been posed to organisations who suddenly had to create or adapt their programmes into apprenticeship schemes. Where existing training programmes were in place, the challenge was to identify how this could be turned into an apprenticeship scheme and what would be the reaction. For many generations, apprenticeships hold negative connotations, so how can L&D professionals convince employees that this is a positive step in their career?

Some employers have chosen not to use the term ‘apprenticeship’, opting for ‘academy’ or ‘scholarship’ to encourage existing employees to get involved. Whilst others have attempted to educate their staff on what the modern apprenticeship means.

Nevertheless, new standards are constantly in development and there is nothing stopping these organisations benefiting from apprenticeships in another area of the business.

Considering the above, L&D departments are obviously under more pressure to deliver a solution after the introduction of the levy, especially if it is costing the organisation a considerable amount of money. Therefore, another challenge is for the L&D team to manage the additional responsibilities, which in some cases has involved the appointment of an individual dedicated to the development and success of apprenticeship schemes.

On the other hand, those employers who are smaller in size have faced challenges in deciding whether to hire apprentices into their organisation. For those with a pay bill of just over £3million, their levy is so small that it hardly covers the cost of one apprenticeship, which has resulted in many medium to large organisations deciding to write it off as just another tax.

This change meant that small employers suddenly had to cover 5-10% of the cost of training - which can be anything between £75 and £2,700. For many, the challenge was working out whether they could afford the additional cost now attached to hiring an apprentice.

What are the positive effects of the apprenticeship levy?

Despite the challenges posed by the apprenticeship levy, there have definitely been some positive impacts on the world of work - not least the addition of many new training programmes helping to address growing skills gaps and the needs of the company.

For the L&D department specifically, whilst there has been additional work to manage apprenticeships, it’s also given them the freedom and budget to develop high-quality training programmes for their organisations. The levy has been an injection of funds into the L&D pot, however begrudgingly given, meaning that the department can take the steps to improve group and personal development.

Plus, as many L&D professionals know, improved training and development increases staff satisfaction and retention, as well as creating highly-skilled, motivated employees which will ultimately grow the bottom line.

Thanks to the high profile of apprenticeships and increased budget, stakeholders are more interested in how it’s performing, allowing for L&D professionals to make a case for the value of life-long learning and value add of employee development.

Furthermore, apprenticeships can help support wider company goals, such as gender equality and diversity. For example, if a company is struggling to get women into higher positions, mid-level women can be trained on an apprenticeship to achieve those promotions.

There is also something to be said for improving diversity of thought. When hiring apprentices, you can be assured that these individuals will have a different attitude and outlook on life than a typical graduate. Meaning that you can build diverse, effective teams through a combination of apprentices and graduates that grow with your company.

Find out more about the benefits of apprenticeships here.

Whilst the apprenticeship levy may have caused controversy and be a little tricky to navigate, it has brought training and development to the forefront of employers’ minds. Maybe it shouldn’t be just for apprenticeships, but the key message is that training your staff is important to grow your business as well as the wellbeing and productivity of your employees.

If you’re looking to hire apprentices, get in touch to find out more about our recruitment solutions. 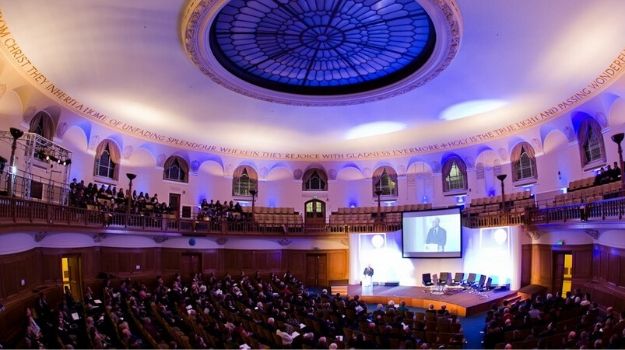 At the Church of England, everyone is welcome